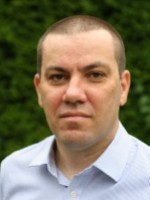 Through my research as an infectious disease epidemiologist, I aim to contribute to evidence-based efforts to support the health, wellbeing and human rights of members of marginalized and vulnerable groups, in particular people who use illicit drugs, those living with HIV/AIDS, people who are homeless or unstably housed and prisoners.

Since its emergence more than three decades ago, the HIV/AIDS pandemic has disproportionately affected members of marginalized communities, who have yet to fully benefit from the advances in our abilities to prevent and treat infection with HIV. In Canada as in many settings worldwide, an increasing number of HIV/AIDS cases are among people who use illicit drugs. Although optimal treatment with modern HIV/AIDS medications has been shown to not only stall progression of the disease but also all but extinguish the chance of passing along the virus through maternal, sexual or drug-using routes, people who use illicit drugs typically experience poorer HIV/AIDS treatment results. In fact, they usually start treatment later in the disease course (if at all) and have higher rates of treatment discontinuation. Although much research has described the role of ongoing illicit drug use on these outcomes, my research focuses on how experiences for illicit drug users, including incarceration, homelessness and engagement in addiction treatment, hinder or promote HIV/AIDS treatment. Some of my recent publications have looked at the BC’s province-wide effort to increase the number of people living with HIV/AIDS who are on life-saving highly-active antiretroviral treatment (HAART). This work has shown significant and substantial improvements in HIV/AIDS treatment patterns among people who use illicit drugs.

Dr. M-J Milloy, PhD, is a Research Scientist at the British Columbia Centre on Substance Use (BCCSU) and an assistant professor in the Department of Medicine at the University of British Columbia (UBC). On January 1, 2019, he began his appointment as UBC’s inaugural Canopy Growth Professor of Cannabis Science, a position created by arms’ length gifts to the university from Canopy Growth, one of the world’s largest producers of legal cannabis, and the Government of British Columbia’s Ministry of Mental Health and Addictions.

At the BCCSU, Dr. Milloy leads observational and experimental research into the public health impact of cannabis regulation and the therapeutic applications of cannabis and cannabinoids, especially for people living with HIV or substance use disorders or at risk of overdose. Dr. Milloy is the principal investigator of the AIDS Care Cohort to Evaluate exposure to Survival Services (ACCESS) study, a prospective cohort of people living with HIV who use illicit drugs. The ACCESS study is comprised of more than 1,100 individuals living with HIV/AIDS who use illicit drugs.

He has authored more than 150 peer-reviewed articles on topics that include the impacts of homelessness and incarceration on HIV treatment outcomes; patterns of non-fatal and fatal overdose; and the impact of Insite, North America’s first medically supervised injecting facility. In 2011, he co-authored a study in The Lancet showing that the establishment of Insite, Vancouver’s first supervised injection facility, preceded a 35% decline in rates of fatal overdose in the vicinity of the low-barrier harm reduction facility compared to 9% in the rest of the City of Vancouver.

Dr. Milloy has won several awards of merit, including the 2011 Bisby Fellowship from the Canadian Institutes of Health Research. Most recently, Natural Green BioMed, Ltd., a private firm applying for a license to produce cannabis, pledged $1-million to UBC to study the therapeutic effects of cannabis and its potential to treat HIV.

Principal Investigator, AIDS Care Cohort to Evaluate Survival Services (ACCESS); United States National Institutes of Health (R01-DA021525, 2012 – 2017). The ACCESS study is an ongoing prospective cohort of approximately 1000 people who use illicit drugs and are living with HIV/AIDS in Vancouver.

I currently sit on the supervisory committee of two students and am eager to work with more undergraduate medical or graduate-level students, especially those affiliated with the Faculty of Medicine. As a research scientist at the BC Centre for Excellence in HIV/AIDS at St. Paul’s as well as the principal investigator of the ACCESS, an ongoing observational cohort of HIV-positive illicit drug users, I have access to a range of research and training opportunities in HIV/AIDS, addiction and epidemiology. Please contact me at the address below.