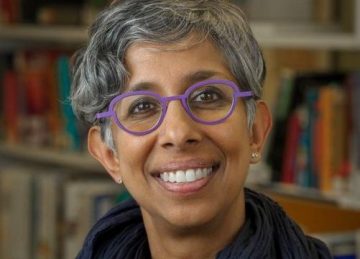 The Eric W. Hamber Chair in Medicine is one of the most significant endowments of its kind in Canadian health education history. Established in 1966 by Mrs. Eric W. Hamber as a memorial to her husband, the Hon. Eric W. Hamber, former lieutenant-governor of British Columbia and UBC Chancellor, the Chair is the first perpetually endowed and fully supported professorship or chair at UBC. It is a fitting memorial to the late Mr. Hamber, who gave the strongest support as Chancellor of the University to the founding of the UBC Faculty of Medicine.

The purpose of the Chair is to support the Department Head. Fully supported endowments of this kind are very important in attracting outstanding medical teachers and researchers by providing financial resources beyond those ordinarily available to the medical school. Outstanding faculty members become magnets for others. This is particularly important as the competition for top teachers and researchers is growing stronger across Canada and around the world.

Dr. Palepu is a renowned general internist who has been very actively involved in undergraduate and postgraduate education. She has received a number of awards for teaching excellence including The Donald M. Whitelaw Award for Outstanding Grand Rounds, SPH, The Graeme Copland Clinician Teacher Award, SPH, Teacher of the Year Award, SPH Family Practice and Royal College Residents and the Howard Stein Master Teacher Award, SPH.

Dr. Palepu is recognized both nationally and internationally for her research work with marginalized populations such as injection drug users and persons with unstable housing. She has established herself as an independent clinician-scientist at the Centre for Health Evaluation and Outcome Sciences at St. Paul’s Hospital and has published over 110 peer-reviewed papers.  She has held the position of Associate Scientific Editor, General Internal Medicine with the Annals of Internal Medicine since March 2010. In her role as an Editor, she evaluates over 350 articles per year for the journal and participates in peer review assessment of articles submitted for consideration of publication.

As a founding member of the UBC Department of Medicine Equity Committee, Dr. Palepu has played a major role in the development of equity guidelines for the Department. She has educated Department members including senior leadership on equity and has implemented important events and programs that promote and foster equity in the Department.

Dr. Palepu’s record in mentoring internal medicine trainees is outstanding. In particular, she has been an exceptional role model for potential physician-researchers, fellows, residents and students.  She was the recipient of the inaugural Graydon Meneilly Award for Excellence in Mentoring in 2017, in recognition of exemplary leadership as a mentor, fostering excellence in others and advancing the equity agenda of the Department.

Dr. Palepu is an outstanding clinician, educator, researcher, mentor and administrator who has been recognized for excellence in each of these areas and is highly regarded by everyone who knows her.  She has held a number of leadership and administrative roles and her record of professional service is exemplary.  She is well known as an energetic and enthusiastic leader and is a tremendous asset to the Department, the Faculty, and the University as Head of the UBC Department of Medicine.