Dr. Andrade and his team have led a multicentre randomised trial involving 18 centres across Canada looking into the ideal first treatment of atrial fibrillation (EARLY-AF)

Congratulations to Dr. Jason Andrade (Division of Cardiology) for his outstanding achievement in Atrial Fibrillation research. 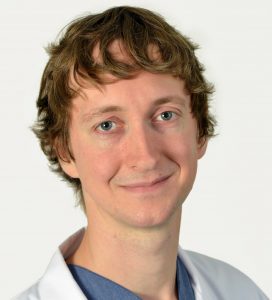 The findings of the study were presented at the 2020 American Heart Association Scientific Sessions Meeting on November 16, 2020. The #AHA2020 features lectures and discussion about basic, translational, clinical, and population science in the field of cardiovascular health and disease. Additionally, the findings have been simultaneously published in the New England Journal of Medicine.

Atrial fibrillation (AF) is the most common cardiac arrhythmia. AF affects 1-2% of the population and without preventative treatment is likely to recur in 90% of patients. Guidelines recommend the use of antiarrhythmic drug (AADs) as initial therapy to maintain a normal heart rhythm. These medications, however, have limited efficacy and can have substantial side effects.

Catheter ablation is superior to medications for maintaining normal sinus rhythm in patients in whom drugs have failed. Catheter ablation as first-line treatment may be better than AADs in preventing the recurrence of atrial tachyarrhythmia, reducing the atrial fibrillation burden, and improving patient well-being. However, most studies of catheter ablation of AF performed to date have compared AAD to ablation in patients who have already failed drug therapy, which biases the result towards ablation. Very few studies have compared ablation to AAD as first-line therapy.

The randomized Early Invasive Intervention for Atrial Fibrillation (EARLY-AF) trial investigated whether first-line ablation may improve freedom from recurrent arrhythmia, improve quality of life, and reduce healthcare visits. The Cryoballoon, which is know to result in a more consistent procedure outcome relative to alternative technologies, was employed. Additional focus was placed on ensuring a robust result, so continuous cardiac rhythm monitors were implanted in all of the patients. This allowed investigators to precisely determine the timing and extent of arrhythmia recurrence, as well as examine quantitative outcomes such as arrhythmia burden, which may be more relevant to patient-centered outcomes.

Patients with treatment-naive symptomatic AF were enrolled in the study and randomised into first-line AAD and first-line ablation groups. Treating the patients improved symptoms (both disease-specific and generic) as both groups improved significantly from baseline. At 12 months follow-up, investigators saw that the percentage of patients free from symptomatic atrial tachyarrhythmia was 89.0% in the ablation group compared with 74.8% in the AAD group, absolute difference ~15%.

Congratulations to Dr. Andrade and his team on completing and publishing this exciting trial!