Click here for more information and how to become a donor

Find opportunities in the Department 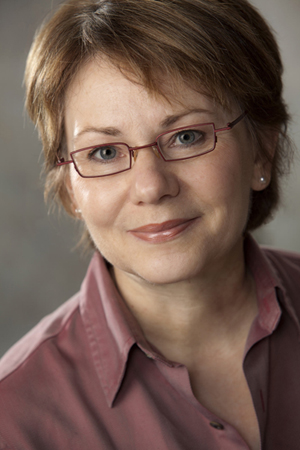 The UBC Heart and Stroke Foundation Professorship in Women’s Cardiovascular Health is the first research program in BC to focus on how gender-based differences affect cardiovascular disease.

The Professorship, held by Dr. Karin Humphries, strives to integrate cardiovascular care, education and research for women throughout the province, including rural communities.

Dr. Humphries’ research focus is on the detection and early treatment of cardiovascular disease. She aims to find new ways to improve the education of physicians, women and their families on heart disease and stroke. She will also develop strategies to improve outcomes for women at highest risk, including Aboriginal and South Asian women and those of poor socio-economic status.

“For decades, cardiovascular disease was considered a man’s disease,” Dr. Humphries recalls, “but the reality is that more women are dying of heart disease than men. Although evidence suggests that gender differences can affect the prevalence, symptoms, diagnosis, treatment and outcomes of cardiovascular disease, we haven’t seen enough research in this area of study.”

Dr. Humphries is a leading research scientist at the Centre for Health Evaluation and Outcome Sciences (CHÉOS) at St. Paul’s and Associate Professor in the Division of Cardiology in the Department of Medicine at the UBC Faculty of Medicine with extensive experience studying gender-related differences in cardiovascular disease. As a professor, she is also a national Heart and Stroke Foundation of Canada spokesperson on women’s cardiovascular disease issues.

Andrei Krassioukov, a Professor in the Division of Rehabilitation Medicine, Department of Medicine, is travelling to the 2014 Sochi Paralympic Games to research the effects of spinal cord injury (SCI) on the cardiovascular health of Paralympic athletes. He is a world expert on SCI and its connection to cardiovascular function. He  is also an expert on the practice of boosting – intentional injury – that can increase blood pressure and may improve performance.

What will your research involve and what do you hope to learn?

My team will be holding education-research clinics for wheelchair athletes with SCI, and their coaches, to collect data related to the athletes’ cardiovascular health. Abnormal blood pressure is a common issue for individuals with SCI – it can be either extremely low or extremely high (a condition known as autonomic dysreflexia). There is increasing evidence that cardiovascular functions and specifically blood pressure and heart rate significantly affect wheelchair athletes’ performance. My goal is to ensure International Paralympics Committee classifications take into account the important variable of athletes’ cardiovascular and autonomic dysfunction.

Why would Paralympic athletes intentionally injure themselves to improve performance?

Injury to the spinal cord disrupts control of heart and blood vessels that are normally regulated by the autonomic nervous system that provides non-voluntary control to organs. Following SCI, blood pressure is typically low leading to fatigue and decreased performance. This creates significant disadvantages during competition, leading some athletes to use boosting through intentional injuries as a drastic measure to correct functions lost through injury.

What are the greatest risks of boosting this way?

Boosting is an extremely dangerous practice. Apart from the injuries inflicted, such as overfilling the bladder, fracturing toes or applying electric shocks to testicles, the greatest risk is the sudden spike in blood pressure and heart rate.  The uncontrolled spikes could cause blood vessels in the eye to burst, stroke, heart attack or death.

Why do some athletes still practice this kind of boosting even though it was banned in 1994?

Paralympic athletes are first divided into categories based on disabilities, which determines who they will compete against and what sports they can participate in. They are further divided by the severity of their injuries and placed into an event with similarly challenged competitors.

Under the current system, depending on the sport, some athletes with different disabilities can compete in the same event. This is the motivation for boosting. My hope is that the proposed addition,to the classification–taking into account the athletes’ cardiovascular and autonomic dysfunction–would level the playing field for wheelchair athletes and eliminate the necessity for boosting.

More information may be found here.

Breathe in Your Own Language

In the UBC Annual Report, Dr. Mark FitzGerald, Professor of Medicine and Head, Division of Respiratory Medicine at UBC and VGH, talks about gaining intercultural insight to communicate more effectively with asthma patients.

For many people, asthma is a disease that can be quite easily controlled through proper usage of medication and avoiding irritants. But if you don’t understand how to take your medication or what irritants to avoid, asthma can quickly become a very serious problem.

That was Dr. Mark FitzGerald’s concern when he realized that entire communities in Vancouver were not receiving the clear communication they needed. “Simply translating existing materials into other languages isn’t enough,” says Dr. FitzGerald, UBC Professor of Respiratory Medicine and Co-Director at the Institute for Heart and Lung Health. “We must take into account the attitudes and perspectives of the audience, which are sometimes quite different from those of the medical professionals who create the material.”

Rather than complain about the current material available, Dr. FitzGerald and Senior Health Evaluation Scientist Iraj Poureslami set out to create something better. Through focus groups within various ethnic communities they gained insights into what was missing in current communications and how to more effectively communicate and reach these groups.

The discoveries were surprising to say the least. Punjabis revealed that they are often inclined to hide their asthma because it’s associated with tuberculosis, a stigmatized disease in their culture. Chinese people expressed that they would be more willing to quit smoking if it is harming a loved one.

Armed with a stronger intercultural understanding, Dr. FitzGerald and Dr. Poureslami created ‘community videos’ in Punjabi, Cantonese and Mandarin featuring actual focus group participants as they acted out scenarios conveying messages about asthma management. Patients from these communities who watched the videos dramatically improved their inhaler skills and their understanding of the steps they needed to take to control their condition. The CIHR funded study showed significant improvement in patients ability to manage their asthma at the end of the study period.

“We’re not wasting their time with medical mumbo-jumbo,” says Dr. FitzGerald who sees asthma patients at Vancouver General Hospital’s Lung Centre. “We’re speaking in the patients’ own languages – not just linguistically, but culturally.”

New Master in ACP BC Chapter

I am very pleased to announce that Professor Dawn E. DeWitt BA, MSc, MD, FACP, FRACP, FRCPC, will be honoured by the American College of Physicians with advancement to Mastership. The award will be presented during ACP’s annual Convocation ceremony in April 2014 in Orlando, FL.

Mastership is one of the highest honours bestowed by the College.  ACP Bylaws state that Masters shall be Fellows who have been selected because of “personal character, positions of honour, contributions towards furthering the purposes of the ACP, eminence in practice or in medical research, or other attainments in science or in the art of medicine.” Masters are highly accomplished individuals who are distinguished by the excellence and significance of their contributions to medicine.  Of the College’s 1,238 Masters, less than 8% are female physicians.  Dr. DeWitt is the second Fellow in the BC Chapter to be advanced to Mastership.

Dr. DeWitt is a Professor of Medicine; Regional Associate Dean, Vancouver Fraser; and Associate Dean, MD Undergraduate Education at the Faculty of Medicine, University of British Columbia.  As the Foundation Chair of the Rural Health Academic Centre, Melbourne Medical School and Clinical Dean, Rural Clinical School, she led the development of Australia’s first purpose-built inter-professional learner-centred teaching clinic. Her team won the Melbourne Medical School and University of Melbourne Program Innovation in Education Awards in 2009 and 2010, respectively.  In addition to organizing state meetings and organizing sessions and speaking at Annual ACP meetings, she is a co-author of the ACP “Teaching in the Office” book, and has edited, authored and reviewed for MKSAP.  She is a past Chair of the Step 3 NBME Chronic Illness Committee.  Her interests include addressing rural workforce shortages and health disparities, career choice, and diabetes. She was a co-Investigator on a recent NHMRC grant on the “Efficacy, acceptability and feasibility of laparoscopic gastric banding surgery as a treatment for type 2 diabetes in Indigenous Australians”.  Her systematic review of insulin use in the ambulatory setting (JAMA 2003) is still cited by the American Diabetes Association guidelines as one of a few “excellent reviews” on the subject.  Widely recognized as an outstanding clinician and teacher, she was peer-voted one of the “Best Doctors in America” in 2002, before moving to practice in rural Australia, and now in Vancouver, Canada.

Dr. DeWitt is an outstanding physician and educator who has made significant contributions to academic medicine, and is highly deserving of this honour.  Please join me in congratulating Dawn on this achievement.