It is with mixed emotions that we announce the retirement of Dr. Michael Barnett on April 30, 2019. 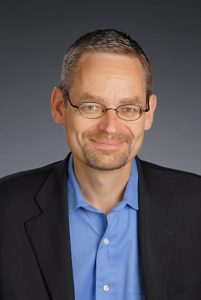 Dr. Barnett is a Clinical Professor in the UBC Department of Medicine, Division of Hematology.  He did his medical school training at Nottingham, then went on to St. Bartholomew’s Hospital in London where he undertook studies in Medical Oncology and Hematology. In 1986 we were successful in recruiting Dr. Barnett to Vancouver to join the Leukemia BMT program and the BCCA and VGH Divisions of Hematology.  In 1994 he was promoted to Clinical Professor in recognition of his significant accomplishments. In 1996 he took over as Director of the LBMT program at the BCCA and VGH.  Dr. Barnett returned to St. Bart’s from 2001 until 2003, then returned to UBC and was appointed Head of the Division of Hematology.  He served in this role until 2013 and was also the Providence Hematology Head from 2007 to 2013. Dr. Barnett did an outstanding job in these roles, tirelessly advancing the agenda of the division in clinical care, teaching, and research, and recruiting many of the wonderful young faculty members in the division today.  He transformed the division into one of the best in Canada.

From 2005 until 2015, Dr. Barnett served as Associate Head, Department of Medicine, VGH and UBC.  In this role he worked very closely with the Department Head, Dr. Graydon Meneilly.  He did an outstanding job and was tremendously supportive of Dr. Meneilly and the department.

Dr. Barnett is well known for his wisdom, his calm, unflappable manner, and his dry wit.  He is highly respected by faculty, staff, and learners alike.  He is a kind, compassionate, and highly competent clinician who has provided outstanding care to hundreds of patients.  He received the 2017 Vancouver Medical, Dental & Allied Staff Award for bringing clinical renown to the Vancouver Community of Care from Vancouver Coastal Health. He is an excellent teacher who has taught numerous residents and fellows with distinction and has spoken around the world in his area of expertise. He also started the Hematology Lecture Series in 2004 which provides his colleagues with state of the art information in the latest trends in the discipline.  He is internationally recognized for his work in the area of myeloid leukemia.  He has published well over a hundred papers and has presented numerous abstracts. He is a past recipient of the Martin Hoffman Award for Excellence in Research in the Department of Medicine and also received an award for his leadership and accomplishments from the Leukemia and Lymphoma Society of Canada. In addition to his roles in clinical care, teaching and research, he has made numerous administrative contributions over and above his role as LBMT Director, Division Head and Associate Department Head.  He served with distinction on the departmental senior appointments committee for many years, and participated in or chaired numerous search committees and reviews.

On behalf of the Department of Medicine, we wish to extend our utmost gratitude to Dr. Barnett for his decades of service to the university and to our department.  It has been a privilege and an honour to work with Michael, and we wish him the very best in his retirement.