Department of Medicine: Year in Review 2020

Find career opportunities in the Department

The annual Department of Medicine faculty and staff recognition event was held on June 17th, 2015 in the Medical Student and Alumni Centre. END_OF_DOCUMENT_TOKEN_TO_BE_REPLACED

END_OF_DOCUMENT_TOKEN_TO_BE_REPLACED

It is with great pleasure that we announce that Dr. Robert Enns will assume Headship of the UBC Division of Gastroenterology effective March 1, 2015. 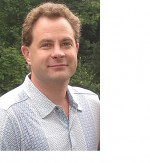 Dr. Enns has been a Clinical Professor of Medicine since 2009.  He is currently the Division Head of Gastroenterology at St. Paul’s Hospital.  Dr. Enns has been actively involved with the Canadian Association of Gastroenterology and has held several leadership roles including VP Clinical Affairs Committee since 2007, Head Practice Affairs Committee from 2008 to 2009, and Head Clinical Affairs from 2010 to 2013. He has also been the Medical Lead Vancouver Coastal for the Provincial Colorectal Cancer Screening Program since 2013.  He is well known for his work in clinical trials and has published over 180 papers. Dr. Enns has been a reviewer and editor for many peer reviewed journals. He was recognized as top 10% of Reviewers by the Alimentary Pharmacology and Therapeutics in 2009.  He was the recipient of the CAG Clinical Visiting Professor Award National Award in 2013.

Please join us in welcoming Dr. Enns to his new role.